For the first time in my blog I will be covering news about the Corvette brand. The iconic American sports car, the Corvette C8 (Stingray spec is the factory default), is crossing the Atlantic and coming to Europe. To date, Corvettes were typically sold by private importers.

Regrettably, the Corvette has previously failed to offer an excellent handling experience due to its leaf spring suspension setup. Furthermore, its pushrod engine also fell short. The leaf spring setup of the Corvette was a composite material, to save weight and space, and the second-generation Volvo XC90 adopted the same structure. It was interestingly a fibre-reinforced plastic; yes, the Corvette used to encompass plastic suspension! The C8, however, has a magnetic suspension.

The C8 now comprises a more conventional independent suspension system, as the leaf spring system in a sports car inevitably won’t be popular in European countries. The engine is a V8 6.2-lt engine, with cylinder deactivation, 495 PS and 637 Nm is being produced. With these statistics, Corvette began to impress me! In addition, you will find an eight-speed dual-clutch automatic gearbox. The brakes are from Brembo, an electronic limited-slip differential is standard, performance data recorder, head-up display, sound system, as well as an array of gadgets.

The interior design hosts more buttons than the SpaceX Crew Dragon cockpit! Yes, Corvette’s interior design director decided to place all of the button controls onto the column; it is likely that you may trigger the seat heater whilst looking for the hazards!

Overall, if the Corvette were not named the Corvette, it would have been more impressive. Notwithstanding, these features and anticipated ground-breaking performance levels will capture the attention of many customers who are becoming bored of the European ‘norm’. The C8 is way better than the Maserati GranTurismo (it is nearly 15 years old) and more fuel-efficient than the Mercedes-Benz SL600. If you have the opportunity, give this car a chance!

Once again we are in Super Bowl and car companies are pushing their boundaries to create the best advertisement to be shared on digital platforms and receive the highest attention. However, 4th February is the World Cancer Day and only one brand created a commercial to highlight this important date, Chevrolet. Chevrolet’s commercial for World Cancer Day is called Life. And they extended the awareness on their website (http://chevy.com/purpleroads) with #PurpleYourProfile hashtag.
I think Chevrolet made the best commercial for the Super Bowl 2014!
Photo Credit
Chevrolet
Happy New Year!
I start 2013 with this hilarious video of pulling two SUVs each other to proof which one is really more powerful and proof the owners’ tendency to destroy them. VW Touareg V10 is diesel with 310 HP and 748 Nm of torque. Chevrolet Silverado HD is also powered by a diesel with 365 HP and 894 Nm of torque.
Despite the numbers, VW Touareg V10 wins the game thanks to its better power transfer from engine to wheels!
Explanation of this action in terms of fashion; trying to pull Aldo shoes with Ted Baker shoes and trying to find out which is more durable!
I hope to less this type of video in 2013 :)

Good news for the lovers of Cadillac. GMrecently announced that, they will not use the same interior design and part for upcoming Cadillac Escalade, GMC Yukon and Chevrolet Tahoe / Suburban models.
What does it mean? When you buy a Cadillac Escalade, it features the same interior as the Chevrolet Tahoe. This is a good strategy to reduce costs but is not good for increasing the sales and differentiating a brand. Actually, using same parts in different segmented products also vanishes the premium effect. Basically, sharing the same interior in Cadillac with Chevrolet is not good for Cadillac.
Finally, GM realised this mistake and decided to create individual interiors for different brands. Good news and this may help to increase their competitive advantage in Europe if they coupled the vehicles with diesel engines.

James Bond Skyfall, nowadays we tend to hear these from many people around us. The latest Bond movie!

This year is special for the James Bond, it is the 50thanniversary. The first James Bond movie was filmed in 1962, Dr No with Sean Connery and Ursula Andress. And the series followed by 22 movies.

Since 1962, James Bond became an icon of luxury lifestyle, charming women, fast cars, exotics places and eccentric technologies (Most of which can be purchased from Amazon now). Thanks to James Bond, the world’s most dangerous job spying, perceived as the dream job. 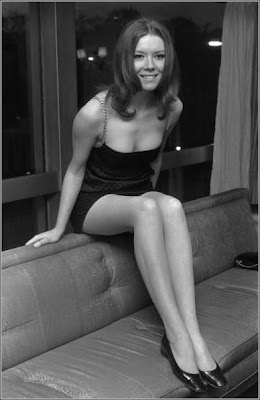 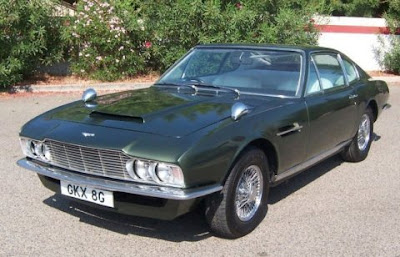 Pictures’ Copyright
United Artists
This year there are many Super Bowl commercials aired. Today I am posting some of them and in following days, I will be posting the rest. There are many car commercial this year and I decided to divide them into different posts.
In my opinion, the Chevy Silverado commercial is really creative one. The Maya calendar and robustness of Silverado is integrate in a very good way. And the others are Suzuki, Kia. This Kia commercial is a part of the previous one!
I posted the longest one yesterday ;)

PR footages are important to reflect brand identity to targeted customers and create a brand equity on society. So that, people will associate positive notions to brand! When we talk about PR, we cannot ignore the importance of USA. Some people assume that, PR born in USA. Actually they are not wrong either!
Today I found the Chevrolet’s old PR footages. Unlike contemporary ones, they are very long and you start to get bore! Of course, in 1930s there were no ratings or huge prices for commercials because, there were nearly no TV at all. Anyway; let’s go back to Chevrolet’s PR footage. We could clear see that, production is taken very seriously and the messages are the most interesting ones on earth. I think none of the PR activity of campaign offered these kinds of message to people.

Let me tell you some of the very interesting messages! You can drive your car through the railway to reach Key West and also the magnificent suspension will eliminate the adverse effects of the road. Really? Chevrolet is officially motivating drivers to drive on railway! And their car will be driving smoothly. We can clearly see, at those years their sense of safety was just nearly to nothing. You can drive your on railway and hit by a train, what a coincident! I think they have missed that point, but that’s something not very important. Of course their stupendous messages do not stop here. Chevrolet is also advising drivers to carry 20 girls outside their car. Yes; not inside, outside and top of the car! And you will be driving along Miami Beach with girls hanging out of your car. If they fell off, let’s don’t think about that.
Many years have passed from this funny footage and now we have many safety regulations for everything and unless you won’t be looking for the most idiotic car company on earth nobody will ever release a footage like this! However, Chevrolet still insists to produce suspension which could run smoothly on rail road. Of course, they are not advising to drive on it but the quality of the suspension did not change. Still no handling and still car is diving up and down along the road.